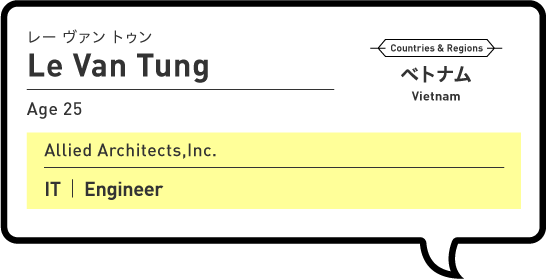 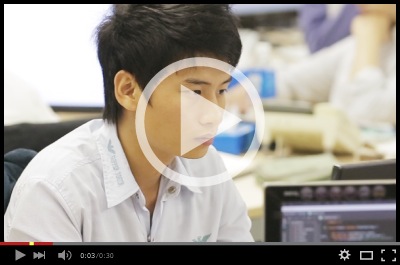 It's important that you actually see and confirm for yourself. 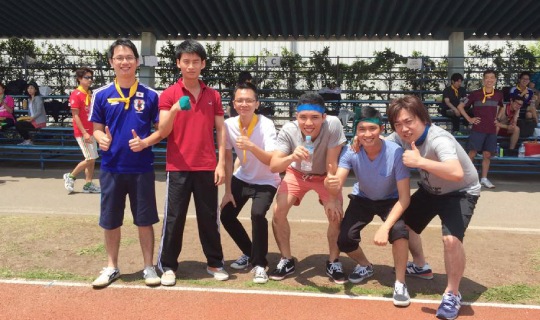 Before working at a company in Tokyo, I was thinking that Japanese companies are strict. However, once I started working at one, I now think that the atmosphere is family-like. I want everyone to know that one can learn advanced technologies even at companies with a family-like atmosphere just like I'm learning now. I feel growth everyday in both my technical abilities and Japanese language. Certainly, I was worried before coming to Tokyo for the first time to work. However, most of those concerns are gone now. Please come to Tokyo first and see and experience yourself. *The photo was taken with my colleagues during the company sports festival.

Building bridges between people and companies with SNS and technology

Allied Architects Inc. has a mission to connect people and companies, which I agree with. In the company, my mission is to create services for our customers by utilizing technology. Nowadays, many people use SNS. At the same time, there is an increasing number of corporations who want to hear feedback from users and interact with them. I'm building a system for our customers (corporations) to make sales campaigns and interact with the fans of their products and services. The biggest job I have ever done was to be involved with the development project of our main service. There were several occasions when the project did not progress smoothly. When I encountered problems, I returned to the basics, had a rethink, and tried other methods to proceed. When problems occur, I do not run away from them and meet them head on because I think that process helps me learn. I would like to increase the interactions between people and corporations by utilizing SNS and technology.

One can get involved with IT technology "widely, deeply, and richly". 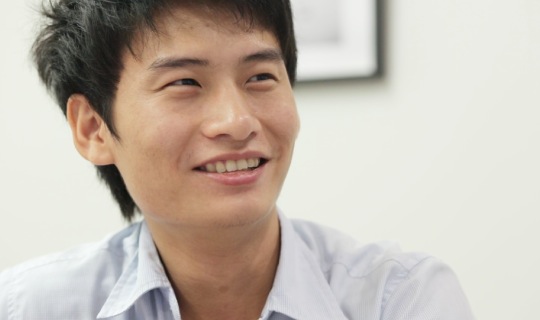 In Vietnam, many jobs for IT engineers are downstream processes with tough deadlines which means there is no time to learn. On the other hand, jobs for IT engineers in Tokyo require a high level of skills and wide range of knowledge so that they can be involved with the entire work cycle from upstream processes, such as the planning and design of services, to development and review. My manager politely teaches me new work and technologies, and I am learning everyday through my work. It is still difficult for me to communicate with my colleagues. As I did not study in Japan, I'm learning Japanese while I work. When I encounter unfamiliar terms at work, I check the meaning of the term immediately. The company also provides me with training to improve my Japanese language ability. In six months since I started here, my Japanese colleagues have been making a "one-on-one communication space" by rotating for 30 minutes everyday, and we have been talking about many things such as work and life. I am getting use to it bit-by-bit and now can understand practical Japanese.

I took a chance and started working in Tokyo after graduating university in Vietnam! 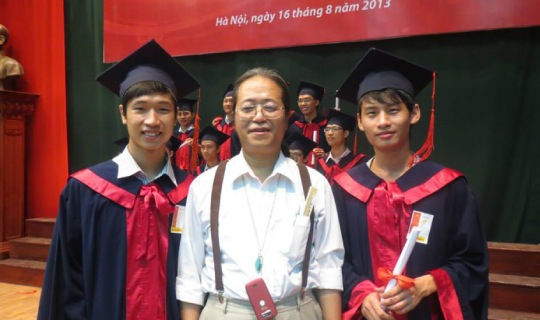 When I started going to a university, I saw a Japanese robot and became interested in advanced Japanese technologies. I wanted to work at a Japanese company and passed the HEDSPI Project* exam in the ITC Department after enrolling in Hanoi University of Science and Technology. While studying Japanese, I learned IT technologies, such as Ruby, Java, and C programming languages, in order to gain employment in a Japanese company. In the summer of my fourth year at university, I participated in a career open house for Japanese IT companies that specialize in such areas as SNS and games, and listened to the business details of my current company (Allied Architects Inc.). As I wanted to get involved in the growing market for SNS marketing, I took the entrance exam and was accepted by the company.
As I had more than six months from receiving the official job offer until graduation, even though I still had yet to join the company, the company invited me to Tokyo for five days to tour the company in Tokyo, and my colleagues took me sightseeing such as Asakusa. My first impression of Japan and Tokyo was that there were no motorbikes and people were walking!! (Laughs). After returning to Vietnam and graduating university, the company took care of my visa and residency status, and I was able to come to Japan.
*Higher Education Development Support Project on ICT (HEDSPI): A joint project between the governments of Japan and Vietnam to cultivate IT engineers at universities in Vietnam who can support the Japanese market.

I am completely accustomed to Japanese food and culture, and enjoy them. 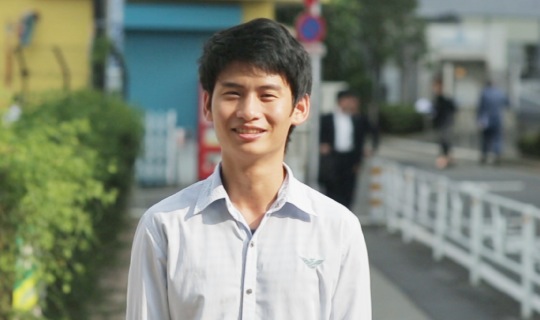 When I started living in Japan, I struggled with Japanese food. The taste of Japanese food is different to Vietnam and I had a trouble with raw fish and could not eat it. After spending three months in Japan, I got used to it and can now eat anything. At the moment, my favorite food is shoyu ramen in Ebisu where the company is located. I use trains often to get around. At first, it looked a bit complicated as there are many train lines. However, I'm now totally used to it as there are applications on smartphones that I can use to find and get to my destination. Life in Tokyo is quite convenient as there are many shops, like as convenience stores, and I can get anything I want anywhere. There are a lot of greenery and big parks in the city. I often walk in Ueno Park with my friends on the weekends.

You can learn many business elements that were born during the rapid industrial development. 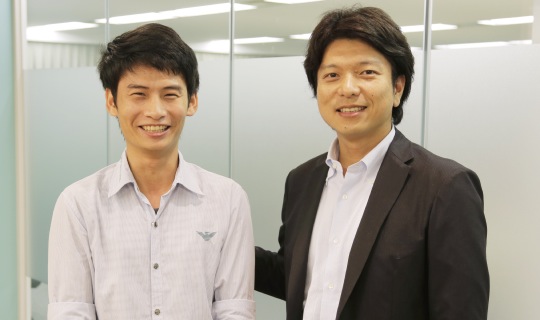 We started employing students through offshore development in Vietnam as we were attracted by the excellence of Vietnamese students. Listening to the hopes for their careers, the students wanted to become bridges between Japan and Vietnam by understanding Japanese culture and interactions between our countries, and this matched our wish to establish overseas offices. We have to carry out business in this global society. SNS media in particular is borderless with a few billion users and we need to globalize even further. By employing several staff from abroad, including Vietnam, the staff at our headquarters in Japan also learn a sense of globalness. The other day, our staff from Vietnam came to my house and cooked pho. Our staff are learning cultural diversity and are enjoying the changes that come with it. Having a sense of globalness will become a strength when we go out into the world in the future. Moreover, by employing excellent engineers with various technical levels and ideas from abroad, engineers in Japan can actively exchange technology with them. Japan is a country that rapidly developed industrially, and those who come to Japan now can learn the strength of organizations, technological capabilities, and how to make companies that were cultivated during that time. There are many opportunities in Tokyo. People can utilize this knowledge when they return to their own countries in the future and it would be an advantage for their career.