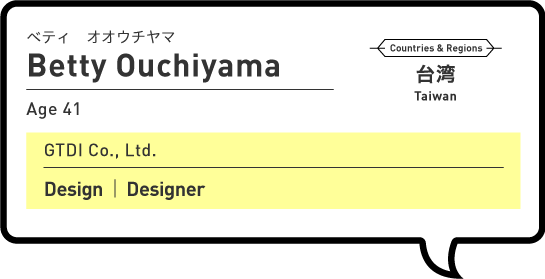 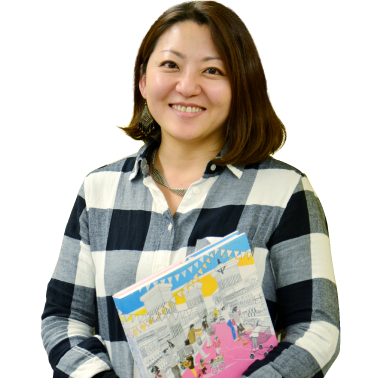 I only studied Japanese for one semester. I don't think you need perfect Japanese to come to Tokyo 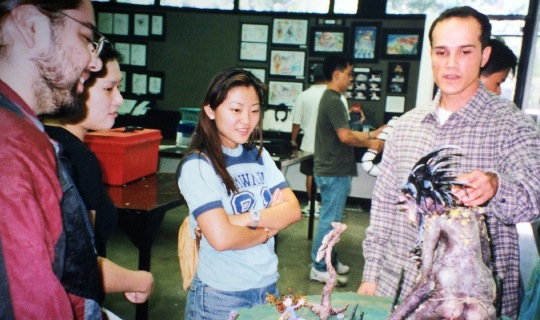 I only studied Japanese for one semester at university in the US, however I am now proficient enough to have completed this interview in Japanese. But even now, my friends and children still teach me Japanese. When I took the plunge and first moved to Tokyo I was finally able to find a stable job and I have worked hard every day, however I never thought that I would continue to live here until now. There are Japanese in Tokyo who speak surprisingly good English. I think that after making the decision to move here, it is important to make an effort to do what you want to do. 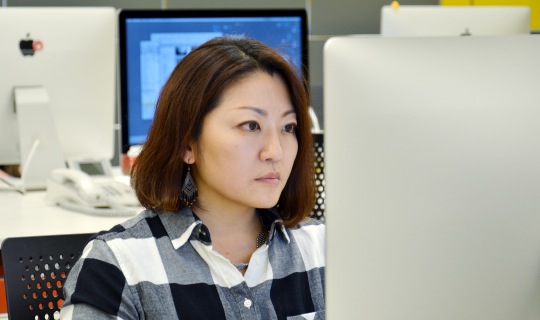 I'm a designer responsible for designing packages based on the requests from overseas clients. The design industry in Tokyo is recognized as being advanced around the world, so I often get enquiries about designs for products to be sold overseas. One of the more interesting jobs I have done was the design for the packaging of a milk tea which is a flagship product of a leading Taiwanese food manufacturer. I was familiar with this much-loved product from childhood, and giving it a new impression while leveraging the traditional brand image was a challenge which saw me fly back and forth to Taiwan on multiple occasions to engage in discussions with the client. I considered designs from various different directions to provide variation and was very satisfied when the product ultimately went on sale.
The challenging part of my job is that sometimes I misunderstand what my client is trying to say because of their ambiguous Japanese expressions. It is extremely important to accurately capture and give shape to the ideas in the client's head when designing something that nobody has actually seen before. Sometimes Japanese do not provide their opinion in a straightforward manner, which makes them easy to misunderstand as a foreigner. For example, if a client says "I want you to make it soft", it's hard to understand what they actually mean. In times like this, I elicit more concrete ideas from them by asking "soft like water?" or "soft as in fluffy?"

Tokyo is a city in which professionals gather 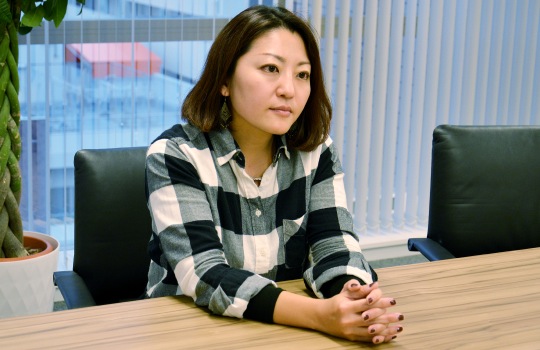 The appeal of working in Tokyo is that I have the chance to interact and work with professionals in various fields. Working together with industry-leading photographers, mock-up artists who create models and CG retouchers, etc., I am able to gain various new perspectives and ideas for my design work. I feel that Tokyo is an environment in which professionals who have developed their own niche are recognized and respected by society. While one must be proficient in various different areas to work overseas, Tokyo is an environment that nurtures professionals who can specialize in a particular area and allows them to market themselves as such.

I always felt that Japanese companies were formal, but after working here I came to realize that my co-workers are kind and it is a comfortable working environment. We celebrate birthdays with cakes and hold Christmas parties at work; I feel at home there.

It's fun raising my kids in Tokyo 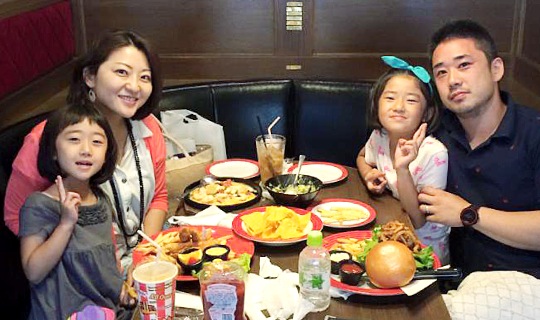 I have given birth to two children since coming to Tokyo and work at the company while caring for them. I took leave for one year after giving birth and received money from employment insurance in place of my salary. My child birth expenses as well as benefits were also paid by my health insurance. When my child turned one, I applied to nursery schools in my area and found a school to care for her between 08:30 and 18:00 for several tens of thousands of yen per month. The nursery school provided her with delicious healthy meals tailored to her age, gently educated her on societal rules and helped her to become more independent. I was also surprised at how the Japanese education system thoroughly teaches children about the things to be done on their own and the things to be done in group life. While the cleaning of schools is left to private contractors in the U.S., a sense of responsibility is cultivated in Japanese children by having them keep their school clean by themselves and assigning them duties such as distributing lunches to their classmates. I think this instills the notion that society is made up of the efforts of each and every individual in Japanese children from a young age.
It's difficult balancing child care with work, but my Japanese husband supports the household by performing his share of the housework. The mothers of the other children enrolled in the nursery school are all working themselves, so I have been able to meet other moms who can understand my situation and provide support.

Tokyo is an environment in which anyone can focus on, study deeply and master one particular thing

The appeal of living in Tokyo is its safety and convenience as well as the kindness of its people. For instance, I can allow my children to play outside with peace of mind, and I can purchase any item I want. I have also experienced the kindness of Tokyoites; I have had people take me to locations when I was lost and they couldn't understand me when I asked them for directions in English, as well as people hold out their umbrella for me when it started raining. Living with my children, I have many opportunities to interact with people outside of work such as at my children's school and in the area in which I reside, and it is through these interactions I gain a greater appreciation of the appeal of living and working in Tokyo.
The greatness of Tokyo from a foreigner's perspective is that it is a place where both traditional culture and youthful pop culture are valued. It is also an environment in which focusing on, studying deeply and mastering one particular thing is valued and in which you are surprisingly able to do the things you want to do. Japan seemed stiff and formal when I lived overseas, but after coming to Tokyo I have come to realize that it is surprisingly friendly and open to various cultures.