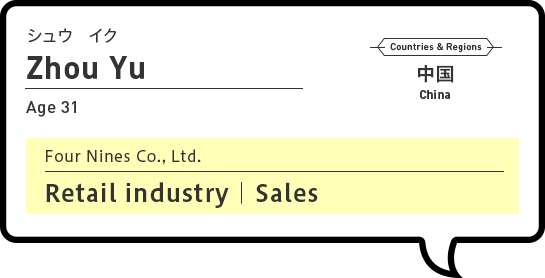 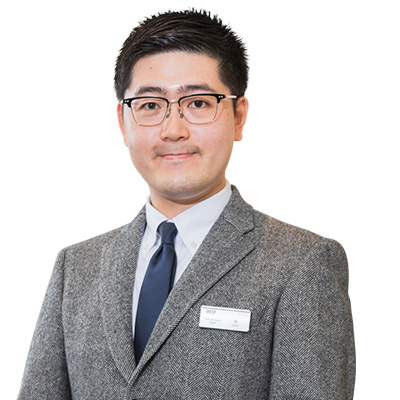 In Japan, diligence and good performance will be rewarded

Japanese workers are known for being hardworking and diligent. In China, you're judged not only on your achievements at work but also on the company you keep in your private life. In Japan, what matters is if you work hard and perform well. My job involves travelling to lots of different countries as well as working in Tokyo. In fact, you could say I'm based in Tokyo but my workplace is actually all of Asia. In order to get a job, the one thing you shouldn't compromise on is your Japanese. When I was at university I passed the Japanese Language Proficiency Test at N1 level, but I realized that this actually isn't enough to find work in Japan. My advice would be to get a part-time job or any activity that involves using Japanese on a regular basis.

I've learned the importance of maintaining a good relationship with the customer. 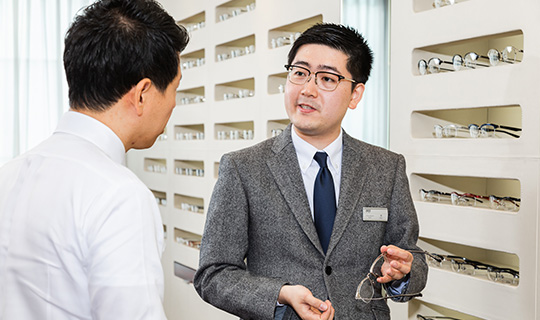 We design glasses frames here in Japan for distribution via wholesale and retail channels. I have two roles in the company. One is working at the Ginza flagship store, where I'm involved in everything from attending to customers, conducting eyesight tests, and fitting frames to stock control and induction training for new recruits.
My other role is at the Overseas Sales Division, where my duties include organizing exhibits for trade shows and industry events, keeping our corporate clients such as overseas stores and distributors up to date on the latest product releases and coordinating sales and orders.  When I started at the Ginza flagship store, the language barrier made it difficult to communicate effectively with customers. Some of them would ask me to go get someone else to attend to them. Since then I've been working really hard to improve my language and communication skills, and I'm happy to say that customers are much happier to talk with me now; so much so that occasionally I'll even be asked to arrange glasses for other members of the family. When I started out in the Overseas Sales Division, on the other hand, I was often used as an interpreter. But since last year, I've been entrusted to go on overseas trips unaccompanied and my work has become more interesting and varied.

Tokyo draws people from all over the world, so there are plenty of opportunities to learn. 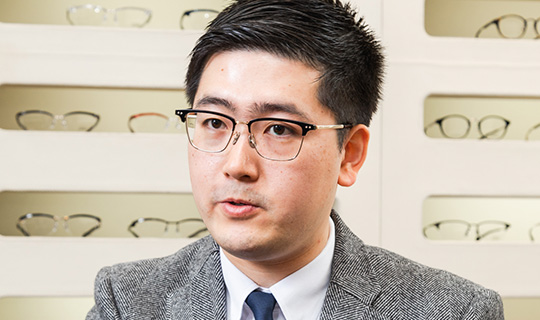 Tokyo is quintessentially Japanese in many ways but also quite different from the rest of Japan. That's because as the largest city in Japan it is home to a significant number of Japanese people; yet at the same time, it's also a global city with a higher proportion of non-Japanese than anywhere else in Japan. A part of its appeal lies in being a big world-class city that serves as a hub for information, human resources, and finance.
I've developed and learned so much from working here. First and foremost is my language skills. In addition to becoming more proficient at Japanese, there's also a need for me to improve my Chinese. The Chinese language has a multitude of dialects, and since I'm working in Tokyo, I attend to Chinese people from many different regions so I had to learn quite a few new dialects. Coming into contact with all these different forms of Chinese in the course of my work has been a wonderful learning experience.
Tokyo offers so many opportunities to improve yourself. The company is putting me through an e-learning course to help me get my accreditation as an optician. When you're working full-time it can be hard to find the time and a convenient location to study. But Tokyo is great because there are so many learning opportunities available within your reach.

I liked the idea of being involved in all aspects of company operations, from product design and development to wholesale and retail. 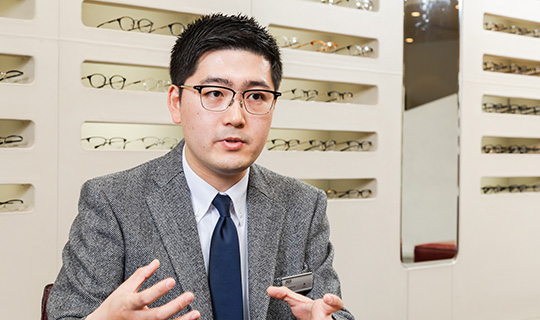 I first developed an interest in Japan as a young child in elementary playing with Japanese plastic models and reading Japanese comics. I was good at English, but there were already many Chinese people who were good at it. That is why I decided to learn another language, and I chose Japanese because of my longstanding interest in Japan. I completed my third year of university in Japan as a way to improve my language skills through immersion.
After finishing an undergraduate degree in China and Japan, I finished a master's course and did a doctorate in Japan and thought about whether I should continue my studies. I decided to get a job in Japan, and this company appealed to me. I had always wanted to work in Japan, if possible in the manufacturing sector. Japanese products are recognized around the world. I was keen on joining a company that deals with all aspects from production through to retail. In terms of personal development, too, the idea of acquiring new skills appealed to me greatly. It was a senior college friend in China who encouraged me to apply for the position at Four Nines. I was attracted to the idea of being involved in everything from product design and development to wholesale and retail. At that time, they were just about to embark on an overseas expansion drive, and I thought this would be a great challenge. I chose Four Nines because I wanted to use my language skills and develop my knowledge of optical glasses.

Japan is one of the world's leading nations in terms of public safety and hygiene standards. 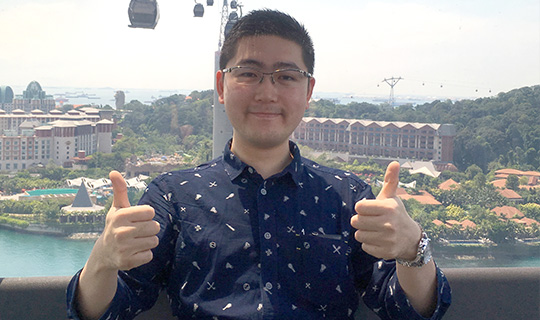 Japan has good public safety and hygiene standards relative to many other countries. Tokyo is the leading global city among the industrialized nations of Asia. When you look at street cleaning, for example, the capital cities in most Asian countries are kept really clean, but that's because the government pays people to do it. In Tokyo, it's the local residents who keep their respective areas of the city clean.
Tokyo also has an excellent transport system and is great for shopping. I was amazed at how polite and courteous Japanese people are when queueing for trains, and in shops. Tokyo also has a surprising number of natural attractions, and the air and water quality are better than in many other Asian cities. I really feel that it's a fantastic place to live.
It has everything you need to live comfortably, and there's so much to see and do as well.
During my spare time, I like to go on short trips and day bus tours. My days off are weekdays, which means the places that I visit aren't as crowded as they would be on the weekend. Sometimes I go and watch soccer matches together with people from work.

Tokyo is a global hub of innovation. Come join our team so we can innovate together. 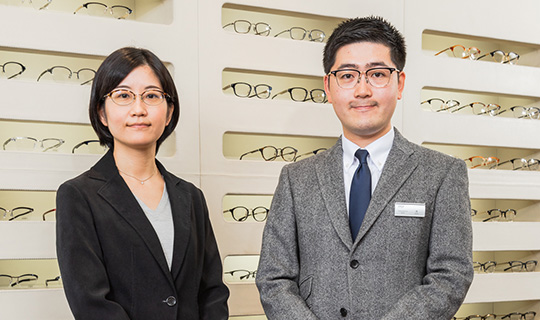 Our first directly managed store opened in Ginza. Ginza is where the finest products from Japan and around the world can be found, and consequently it attracts discerning shoppers everywhere. It was chosen as the site of the first store in line with the principle of: “If we can make it there, we can make it anywhere.” Word soon spread about our high-quality products, bringing much-needed recognition to the Four Nines brand and attracting customers from near and afar. The Ginza flagship store is our first directly managed store. Today we have 13 directly managed outlets in Japan, and we are currently expanding our business in Singapore. We also have wholesale distribution agreements with around 850 stores in Japan and elsewhere. The Four Nines brand was created in the global innovation hub of modern Tokyo. We are proud to supply distinctive, high-quality eyewear solutions that bring joy to satisfied customers all over the world.
Four Nines is actively committed to employing foreign students. Currently there are nine non-Japanese nationals working for us. We intend to grow and bring Four Nines to other parts of the world together with a workforce drawn from different countries and regions.